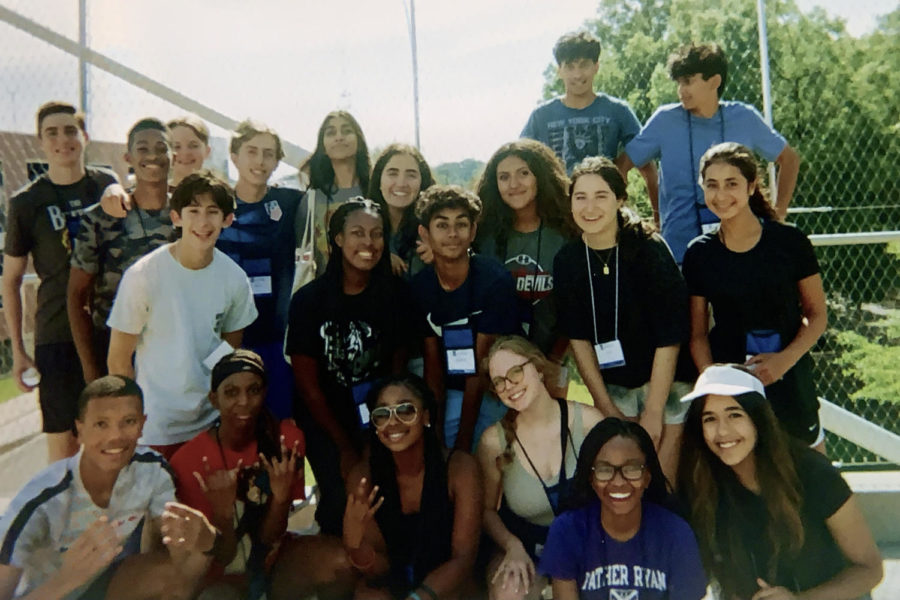 Bianca Dishmond smiles for a picture with her new friends from the Governor’s School for International Studies.

Explore a new world while staying in Memphis

The night before I went to Governor’s School for International Studies (GSIS), which was taking place at the University of Memphis, I was sick. In all the days leading up to it, I was very excited, but as the date grew nearer I desperately tried to find a way to get out of going. Despite my trying, I ended up going to Governor’s School, and it became one of the best experiences of my life.

Before attending GSIS, I had my reservations about staying in Memphis, but it was an interesting experience to see how people from other cities viewed it. When I arrived, I was pleasantly greeted by my month-long schedule, filled with classes, cultural immersions, guest speakers, excursions around Memphis, and a host of RAs and other students that would make me once again excited to be attending.

The last class of the day was a reading group, during which I focused on a period of history that I had never heard of prior to GSIS, the Troubles of Northern Ireland that began in the 1960s. Often in the evenings, we would have guest speakers as well, including a Rwandan genocide survivor, an economic professor from Tulane, and many more.

While there were great amounts of work to do, we were also given a lot of freedom, during which I was able to form friendships with the other 49 students. These friendships were the most valuable thing to come out of GSIS, as they not only provided a supportive environment throughout the month, but I also was able to meet people from all across Tennessee with different cultural backgrounds.

When it was time to leave GSIS, I tried to stall for as long as I could because I was so upset to leave such a diverse and supportive community. For anybody who has been contemplating about to Governor’s School, more specifically GSIS, I strongly advise you to do it because it will expose you to so many interesting classes not traditionally offered in high school, and it will most likely be one of the best experiences of your life. 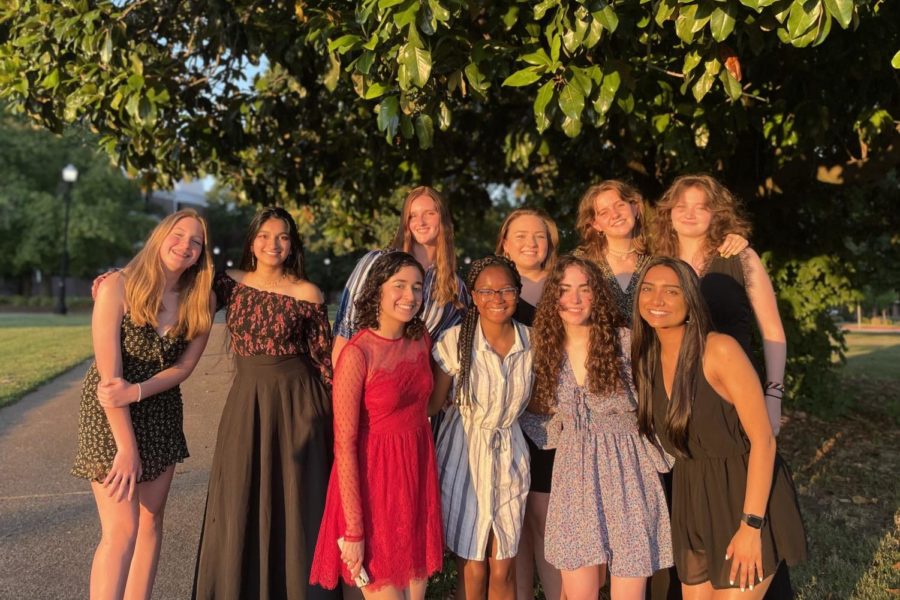 Ella Curlin spends a month at UT Martin with her new friends at Governor’s School for the Humanities.

In the span of one week at Governor’s School for the Humanities (GSH) at University of Tennessee at Martin, I had made the best friends of my life, and by the end of the month, I would have given anything to stay.

During my month studying at UT Martin, I learned the value of channeling my love of art, politics, and writing. I also made friendships that last a lifetime, all while getting a deeper understanding of what I wanted out of college and a career.

When I arrived, my counselor placed me in a dorm suite with eight other girls and handed me a schedule for Art History, Assessing American Exceptionalism, and a role in the GSH newspaper.

Within a day, a group of my classmates and I had explored the campus, from the wide tree-filled greens between buildings to the huge library. Every weekend, counselors drove us by bus to various grocery stores, restaurants, or coffee shops.

Within a few days, I was fully immersed in my classes. From studying the progress of art from the Paleolithic Age through the Renaissance, to debating American politics with the university’s history professor, to working as one of two editorial editors on the newspaper staff, I felt more driven and immersed in my schoolwork and learning environment than I ever had before.

The classes at GSH weren’t overwhelmingly difficult, but they were interesting and in-depth. With open-note essays and creative final exams, I learned to dig deeply with what I’d learned. My professors were smart, charismatic people who formed valuable connections with their students through discussion-based classes and valuable office hours.

The other students that I was there with were some of the most intelligent and kind people I’ve ever met, and by the end of the month, I’d made enough memories with them for a lifetime. My memories of that month range from late nights in our suite’s common room, to improvised poetry slams, to running around in the rain or having genuine and real conversations.

I left GSH feeling more excited for college than I’d ever been before. I now know more than ever what I’m capable of and what I want to do with my future. For anyone considering applying, I can’t encourage you enough. It’s genuinely a once-in-a-lifetime experience.