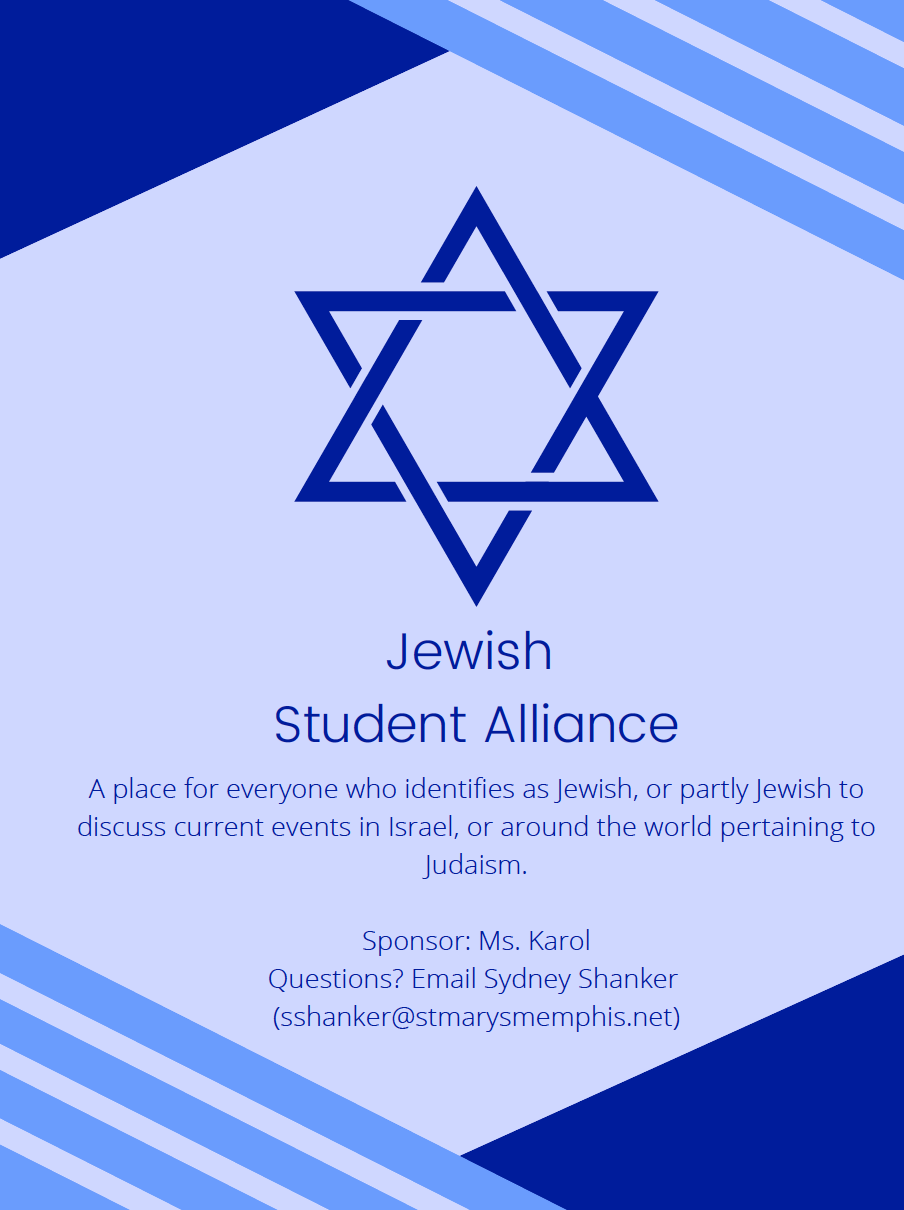 The St. Mary’s Jewish Student Alliance is opening select meetings to non-Jewish students, hoping to broaden perspectives and teach about their experiences.

Last Wednesday, co-leader of the Jewish Student Association (JSA) Lea Thomas (11) began a Fireside Chat saying, “I shouldn’t have to tuck my Hebrew necklace into my shirt whenever I don’t feel comfortable with who I am surrounded by. We should not have to fear for our lives every time we go to pray … We shouldn’t need to be having this conversation.”

Thomas and fellow co-leader Sydney Shanker (10) led the first Fireside Chat since 2020 in response to the Jan. 15, 2020 hostage situation in the Congregation Beth Israel Synagogue in Colleyville, TX.

The hostage situation began with an armed man, Faisal Akram, entering the synagogue and taking four hostages at 10:41 AM. It took about seven hours for one of the hostages to be released and the standoff continued into the night. The FBI rescued the remaining three hostages, including the synagogue’s rabbi. The rescue team shot the hostage-taker at 9:12 PM. He was later pronounced dead.

At the Fireside Chat, there were approximately 20 students and eight teachers. Of the entire highschool, only about ten non-Jewish students attended.

During the meeting, Stella Blen (11) said, “[The hostage situation] should have helped people see that anti-semitism is a real [issue] right now. I feel like that’s the effect it should have had, but I don’t know if people are really taking in the severity of it as much as they should.”

Zoe McMullen (10), who is non-Jewish and attended the meeting, said, “I feel like I should know more than I do about Judaism and about the culture. I’m kind of disappointed in myself for not knowing.”

Attending Fireside Chats is just one small way to begin a conversation and learn about Jewish history, oppression, culture, and the religion itself.

Shanker said, “We’re offering a vulnerable space for you to understand your friends’ issues …. We’re offering this space because we want people to learn …. You can be a better part of the community we are trying to create. Take advantage of the space we are giving …. We’re going to continue with fireside chats, and we are going to have JSA meetings open to people who want to learn.”

JSA is working on finding a Holocaust Survivor to speak in April for Days of Remembrance, which spans a week from April 8 to April 14.

Thomas said, “We are the last generation who is going to be able to hear from [the survivors of the Holocaust]. We have to pass on the knowledge, and if we don’t take the opportunity to hear from them, then it’s all lost.”